5 Secrets of About Club 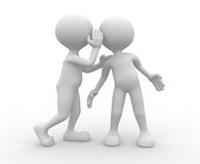 Secret # 1—Club Directors Protect You!
Every club director is well aware that you want to play with better players.  The issue for us (and you!) is that if we grant you your wish, it will affect your playing time on the weekend.  That is going to be a different conversation with the club director.  Directors and coaches try to “gap” players when forming teams.  We try not to pair players who are a lot better and we don’t want players who are not good enough.  Of course, parents have a different view on this subject.  My suggestion is to defer to the judgement of the coach/club director.  This is what they do best!

Secret #2 Junior Volleyball is Set Up for Your Team to Lose!
Betcha didn’t see this one coming.  Many parents think they can buy their way on to a good team and that the team will win most of their matches.  Not true.  Think about it:  If you are on a good team, who do you think you are going to play against?  Answer:  Other good teams!  Which means you are not going to win every match.  And, even if you DO win the next round/bracket, who are you going to play next?  Answer: Even better teams!  I get e-mails, texts and phone calls every February and March about this very issue.  Playing against better teams is what it is all about.  Win or lose, learn from your mistakes and move on!

Secret #3 The Top Teams at Major Clubs Have Already Beed Decided
Have you ever been to a tryout and notice that “a group” of players have already been selected to play together?  Coincidence?  I think not.  Club Directors actively recruit players 24/7.  The #1 teams at major clubs for the most part have already been decided—unless a surprise comes in the door at tryouts.  Fact:  Some of the top clubs are engaged in financial bidding wars over some of the top players!  Most club directors will try and lock up the two best outside hitters and solid setter.  These players alone will bring in the other top players as the word will spread quick.

Secret # 5 Be Careful of Clubs that Play Up the “College Scholarship” Angle!
Are you playing volleyball with the hopes of getting an athletic scholarship?  You shouldn’t.  According to the NCAA only 2.3% of high school girls actually get an athletic scholarship—another 1.6% go to D3 schools which offer no athletic aid.  Click here if you don’t believe me.  The reason you play volleyball is the girls on your club team are the girls you want your daughter to be around 2-4 times a week--this is priceless!!  If you are one of the fortunate ones that actually gets to play at the next level, then I would tell you the same thing:  Use the sport of volleyball to get into a school (and get an education!) that you would not normally get into.